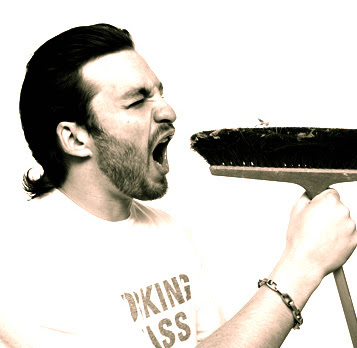 SOME BUZZ FROM THE WMC

"The princess of bottle service culture herself, Ms. famous-for-no-particular-reason, Miss Paris Hilton, was publicly humiliated by Swedish house mafia man Steve Angello in move that will leave DJs around the world cheering his name till the end of time.

The LA-based diva turned up at the 1OAK party at Angello’s showcase at WMC on Thursday night/Friday morning, and found his music “was not even danceable and was frankly giving me a migraine.”

Hilton asked one of her friends who runs the hotel to change the music and the manager said between emphatic kisses of her ass, “I’ll lead you up to the DJ booth and he’ll play whatever you want.”

The age old battle between ignorant, over-privileged wannabes, and DJs trying to do their best, just went front and centre. Brilliant.

But whatever went down, it led to a big fight. Hilton’s friend Doug Reinhardt and her entourage got a kicking for apparently slapping Steve Angello.

Angello on his Twitter said: “for someone who claims to make records...dont come into a booth and ask me to play hip hop and then have your doorman slap me. or at least if you wanna do that.....dont moan about it when we all kicked off. dont be so fucking rude.”

Hilton’s response on her Myspace blog portrays her ignorance and self-importance in the ugly light of day.

“The DJ (I don’t even know his name cause he sucks so bad) was playing the worst music ever!,” she says. “I think he was jealous cause Bob Sinclair is a far better DJ then this guy by about a million times.

“He was so unbelievably rude and all because I asked to play one good song. Then out of nowhere his bodyguard (don’t ask me why he has a bodyguard, like he really needs one. Ha) pushed me really hard, that’s when my boyfriend, like my knight in shining armor, stepped in and told the guy to keep his hands off of me. Then all hell broke loose, it was like something out of a fight movie, it was so frightening.”

Whatever the truth, the fact is Hilton thought her fame granted her the right to use Steve Angello as her monkey DJ for the night.

How many times have us DJs been requested to play terrible records by clueless self-serving wannabes who want nothing more than to bask in their own glory?

Steve Angello just stood up for himself and his music. He went head-to-head with the biggest celebrity in the world and won. DJs around the world should rejoice." Source - Beatportal